The most amazing place in the culinary world is right here in the skagit valley. The bread lab, originally based in Vermont, has an establishment out by the Port of Skagit airport off of highway 20. The place is full of foodies and grain scientists alike who work with local and worldwide farmers to help produce a better product in their work area and community life. Dr. Steve Jones is the lead baker and scientist at the lab and has many loyal employees and friends who effortlessly work with him day and night to help heal the world of food and agriculture as we know it. 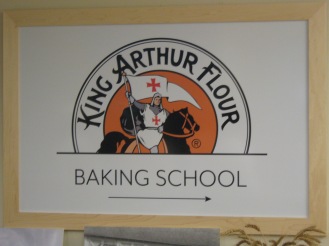 A small tour was given which included the history of Mr. Jones family dating back at least a hundred years and how his great uncle wasn’t allowed to touch the bread dough made; they feared foreign people would contaminate and destroy the dough. So he came up with a solution of a machine mixing it thereby taking the handling factor out of the equation. His bakery was called the Up-to-Date Place and ran for many years. Many different grinds and mills and intricate machines were shown to us, various devices that had different roles to play in harvesting and milling the wheat, measuring elasticity and hydration levels. So many scientific things that really allows them to get to know the craft of making one hundred percent whole wheat breads that taste better than white bread by far!

I will upload pictures later as I am on a mobile device and the pictures are on an sd card in my camera. I look forward to becoming more acquainted and learning new things from the Bread Lab in the future.